First things first: What the shit is tigertonic? 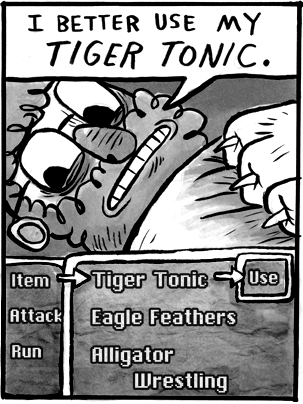 Tigertonic is a framework for making webservices in Go written by Richard Crowley (I have contributed a bug fix or a feature here and there). Its defining characteristic is that it allows you to translate functions which take and return specific Go types into http.Handler implementations that understand and return JSON payloads. Define your signature, pass it into the correct Tigertonic wrapper, and out comes a web service that take in JSON, unmarshals it to the input type, passes it to your handler, then takes the return value from your handler and marshals it into JSON for the response.

It's similar to JAX-RS/Jersey annotations, but with much less code, and with most of the ugly bits hidden from the framework's user.

Check out the README for more info. Richard has also written and spoken about Tigertonic on various occasions. It's all well worth reading.

Here's an example of a very simple tigertonic service:

So You Want Some Metrics

At Opsmatic we strive to be a "learning organization" - we want to learn something from every release, every change, every customer interaction. An important component of that philosophy is an obsession with measuring things. Jim, our CEO, wants "If you can't measure it, don't ship it" written on his headstone when the time is right. No joke.

One of the things we wanted to measure was the number of requests served by our API. While we were at it, we thought we'd grab the timing data too for operational purposes.

Richard is adamant about everything in Tigertonic reducing to an implementation of http.Handler, and with good reason: doing so enables the Handler that actually performs the business logic to be wrapped in any number of completely orthogonal Handlers that handle all sorts of other concerns - logging, CORS rules, authentication.. and metrics! (the README lists the available handlers.) The separation of concerns afforded by this approach is truly refreshing.

Go-metrics is a library, also maintained by Richard, that provides similar capabilities to Coda Hale's great Java metrics library. It makes it very easy to time and count things, as well as to extract the data from the timers and counters.

Tigertonic comes with a few wrappers that hook up our Handlers directly to these metrics. We're going to look at a couple in particular: Timed and CountedByStatusXX. The former is a very thin wrapper around the functionality of a go-metrics Timer - it just times the request and records the reading:

The latter is a bit more involved, but is also ultimately a thin wrapper around some go-metrics primivites which counts the number of requests that result in a given class of response codes 2XX, 5XX, etc. You can look at the code here

Adding a counter is done by calling tigertonic.Counted(yourHandlerHere, ...). Since the return value is also an http.Handler, you can pass that to tigertonic's multiplexer or really anything that operatoes on http.Handler - including the stdlib http server.

Putting it all together

The goal at the outset was to easily capture metrics on all our endpoints. How are we doing on that?

Quite well, it turns out. All we have to do to achieve the goals is some wrapping:

Then we invoke this wrapper before registering our handlers:

ET VOILA. We need to give our handlers some names for the purposes of metrics collection, so we create a little wrapper function that takes that name and a Handler and wraps it in all the properly named metrics collectors. When we need to add more handlers, we wrap those too and the data shows up for free. In the instrumented version of the code you can see that I've also made a call to metrics.Log which spawns a reporter goroutine off into the background, printing out the stats every 10 seconds. There are a number of more useful reporters available - for example, I've contribued a Librato reporter which posts the metrics to the Librato API.

The full Opsmatic version of the above code is included below for additional illustration. It is expanded to include the name of the service, some CORS defaults, and two versions of the wrap method - one that includes a call to tigertonic.Marshal and one that does not; we need the latter to accommodate a couple of endpoints we have that do not return JSON.

Using this little bit of boilerplate code, we can readily instrument new endpoints as they come online without cluttering the code with counters and timers. Using the aforementioned Librato reporter, we get graphs for new endpoints that we deploy instantly and with zero additional wrangling. It's quite a nice setup that required a fairly modest amount of code and requires very minimal marginal effort on new endpoints. We hope that you enjoy it as well.